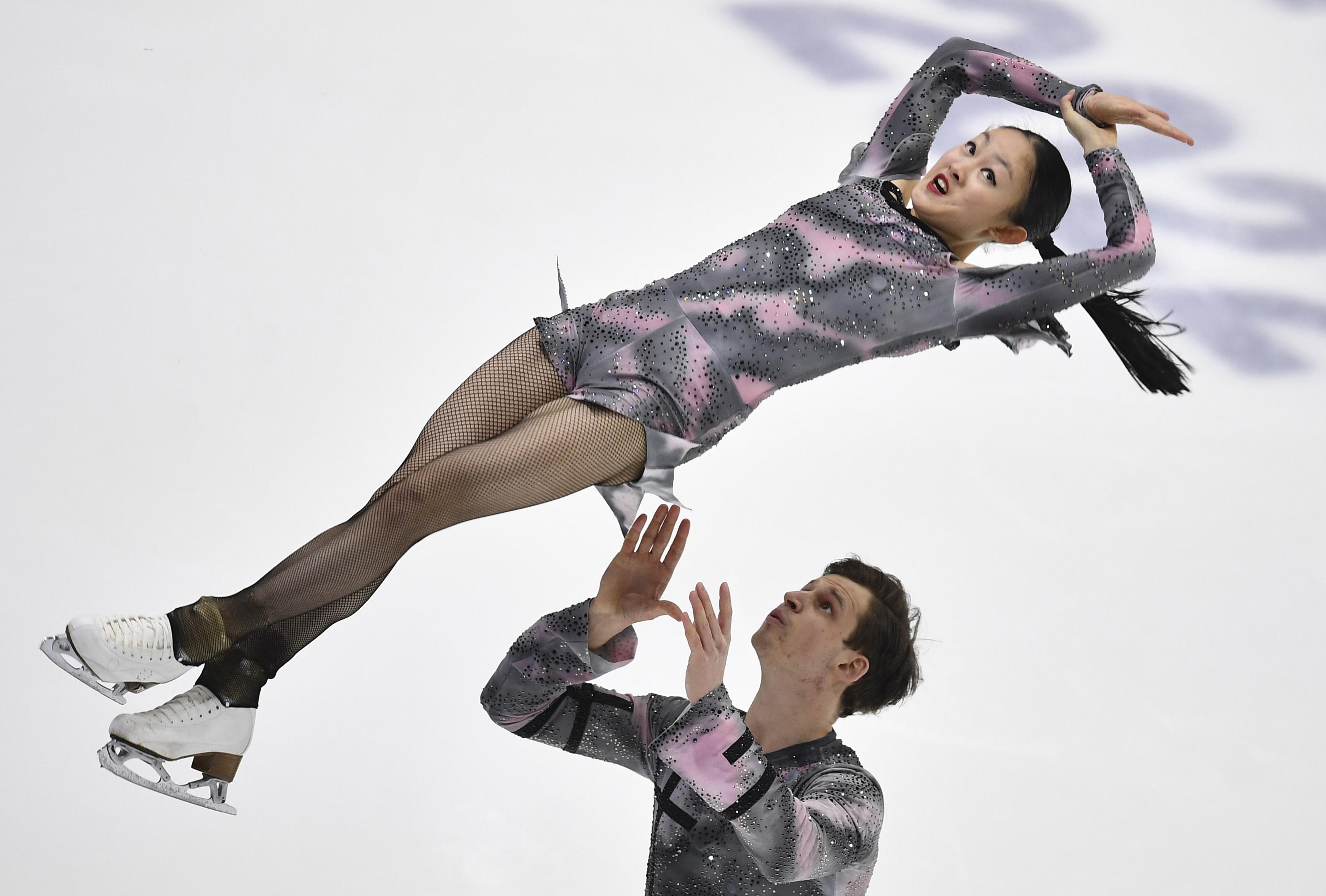 TALLINN, Estonia (AP) — The United States took the lead in pairs and ice dance on day one of the Four Continents Figure Skating Championships on Thursday, and Japan’s Mai Mihara led the women’s event.

American skaters Audrey Lu and Misha Mitrofanov placed first in the pairs short program with 68.35 points, three points ahead of Canadians Evelyn Walsh and Trennt Michaud. Emily Chan and Spencer Akira Howe are third for the United States, one point behind.

Former world singles champion Daisuke Takahashi, 35, is on course to win a medal for Japan in ice dancing with partner Kana Muramato.

They are second after the short dance in 72.43 while American skaters Caroline Green and Michael Parsons lead in 80.62. Christina Carreira and Antony Ponomarenko are in bronze medal position for the United States at 69.35.

Mihara is chasing her second career Four Continents title after landing a triple lutz-triple toeloop combination en route to scoring 72.62 in the women’s short program in front of a trio of South Korean skaters. Lee Hae-in is second at 69.97, ahead of Kim Ye-lim at 68.93 and You Young at 67.86.

Mihara was the 2017 Four Continents titleholder and missed out on a spot on Japan’s squad for the Beijing Olympics next month after placing fourth at the nationals.

Many top skaters from North America and Asia have chosen to stay away due to the upcoming Olympics and the coronavirus pandemic. China did not send a team to the championships and the United States and Canada sent skaters who are not heading to the Olympics.