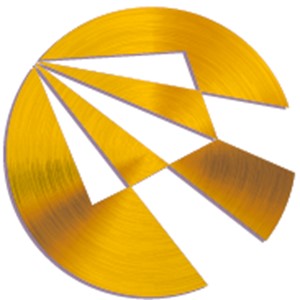 Tintra PLC has unveiled plans to secure banking licenses on four continents to operate to the highest regulatory standards as it revolutionizes the global financial market. Focused on building a socially and fiscally inclusive banking platform that will make global market access as seamless in Africa, Latin America or Asia tomorrow as it is in Europe or the United States today’ Today, Tintra is already developing an advanced RegTech infrastructure solidly built on artificial intelligence and machine learning to eliminate bias in global compliance.

In March, the company announced a strategic decision to seek a small bank license in the UK and EMI clearance from the FCA to add to licenses already announced in Qatar and Puerto Rico. This month, the fourth piece of the puzzle was announced when Tintra confirmed that it had formed a company in Singapore with the intention of hiring a team there to begin the process of understanding the regulatory steps towards a license application. bank in Singapore in 2023.

The RegTech business fulfills its regulatory-focused technology business model, allowing it to move beyond a “tech wrapper” and become a fully operational bank without the challenges and constraints of existing legacy infrastructure .

Richard Sheerer, CEO and Founder of Tintra PLC, commented, “At its core, we are building financial services infrastructure using deeply innovative and patentable AI and ML technology to solve compliance challenges in the emerging world that others are not. To do this, we have always seen that we want to be regulated at the highest level and “be the bank, not just the fintech”, as we discuss internally.

In the next three months or so, we will be processing banking license applications on three continents, which I am extremely proud that the team has undertaken and, by next year, that we will have increased that number to four. This means we position the entire business to operate to the highest regulatory standards by enforcing the collective requirements set by these three major global regulators for strong governance, controls and risk management practices. . Where other fintech or regtech companies can only iterate, Tintra will truly innovate. We’re building something game-changing here, and every week brings vision closer to reality.

IBS Intelligence recently reported that Tintra PLC, the RegTech company that is building a global, borderless banking infrastructure to democratize payments for emerging markets, has announced details of the share issue of the latest receipt of a round of private financing of $2 million, at least valuing the company in the private market. at $100 million.

2022-06-01
Previous Post: US health and mortality continue to rank poorly compared to peer countries
Next Post: Should I change banks to benefit from a better interest rate?