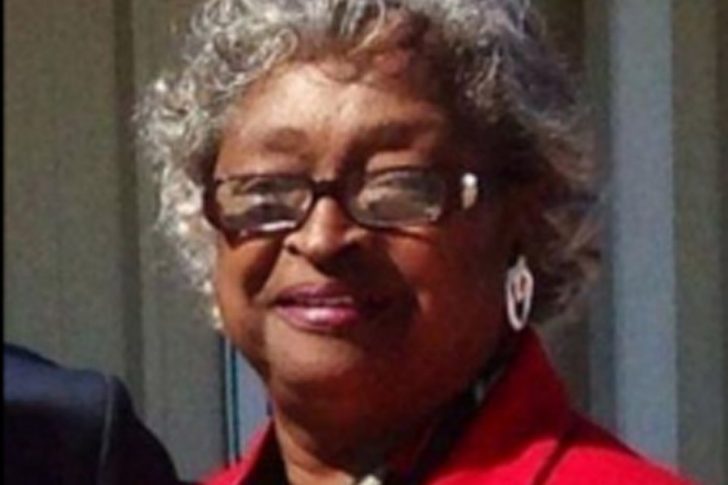 “We were taught this from an early age”

This is the second story in a two-part series.

Virginia Tillett, a descendant of Freedmen’s Colony, was a longtime Dare County leader.

Descendants of the Roanoke Island Freedmen’s Colony still live in and around Manteo today. Michael Tillett, 59, grew up hearing about his family history. “We were told about it from a very young age,” Tillett said. “My mother used to tell us about her ancestors and our ancestors. We have relatives who live here in Manteo, Colombia [and] different places.”

Before some moved elsewhere, they had all lived in the freed colony of Roanoke Island to escape slavery.

Tillett, a permanent resident of Manteo, never heard of the freed colony in school and viewed it as family history, “our personal history,” when he was younger. “But it’s a part of the story that we should have talked about a little more,” he offered. “Black history is very rarely told anywhere in the United States, not just here.”

Dr. Patricia Click noted the difficulties she encountered in finding black perspectives on the freedmen’s colony in the preface to her book, “Time Full of Trial: The Roanoke Island Freedmen’s Colony, 1862-1867”.

“As I conducted my research, an abiding source of frustration was the meager amount of primary source material that offered the perspective of liberated people,” Click wrote. “The best I can do in this preface is to confess that I truly regret the asymmetry of voices in the 19th century.”

Tillett is “definitely proud” of his ancestors, who overcame hardships “that I couldn’t even imagine,” he said. “My family suffered but stayed the course, [and is] always here, contributing to the region.

His mother, Virginia Tillett (1941-2021), was an educator, community leader, and elected official for more than 30 years, and the former Dare Center in Manteo was renamed in her honor after her death. It is now the Virginia S. Tillett Community Center. She has proudly spoken of their ancestry at local events and in several videos about the Freedmen’s Colony and its impact on local history.

“Most of my ancestors were already born and lived here on Roanoke Island, but some of them came from other areas looking for a safe haven,” Virginia Tillett said in a video from Roanoke Island. Festival Park 2019 (indicated below) titled “Celebrating Black History Month on the Outer Banks – The Freedmen’s Colony”. She noted that her husband’s ancestry and her own family roots traced back to the freed colony.

Virginia Tillett collaborated with Click in her research on the freedmen’s colony, her son said. They found older black residents reluctant to speak because it was too painful for them, and some white residents who were unwilling to help by providing recordings of their family histories because of embarrassment over what their ancestors had. done – including the enslavement of people.

Michael Tillett said he had cousins ​​of both races, including the Tilletts in Wanchese, who all grew up aware of their shared history. He helped organize and run the car show called OBX Rod & Custom Festival and noted that “race relations here [are] hundred percent better than many places we go.

Another longtime resident of Manteo, Darrell Collins, is also a descendant of Freedmen’s Colony.

His ancestors on his mother’s side were part of the colony, and his father’s island residence goes back even further – to the Native Americans inhabiting the area for thousands of years before anyone from Europe came ashore.

Collins retired from the National Park Service in 2017 after 40 years working as a park historian at Wright Brothers National Monument. He is currently president of the Pea Island Preservation Society, which uses the Pea Island Cookhouse Museum in Manteo to tell the story of Richard Etheridge and his all-black rescue team.

Collins’ ancestors worked on this crew with Etheridge, who was born a slave on Roanoke Island, later served as a soldier in the Union Army, then became the first black caretaker at a lifeboat station in the country. Collins’ family has 400 years of continuous service with the United States Coast Guard, including time with its predecessor, the US Life-Saving Service.

When Fort Raleigh National Historic Site in Manteo installed and dedicated a granite marker called “First Light of Freedom” outside its visitor center – designating the Freedmen’s Colony portion of the National Underground Railroad Network in Freedom – Collins was present.

He also spoke at the NPS ceremony around the marker commemorating the establishment of Roanoke Island Freedmen’s Colony and celebrating the first 150 years of freedom for black residents in May 2013.

“I helped enshrine this marker when I was still working for the National Park Service because our family are descendants of the Freedmen’s Colony,” Collins said. His mother’s father—”my grandfather” Frank Wise—was a shoemaker, in a trade that had been passed down from generation to generation and dated back to the days of the freed colony.

“He had a business just down the street here, just behind Ace Hardware,” Collins said during an interview at the Cookhouse Museum. “People from all over would bring their shoes to be repaired, or he could make shoes.”

Collins’ mother, Dellerva Wise Collins, said in a 2018 Outer Banks TV video titled “Freedmen’s Colony,” that her ancestors were enslaved — some of them most likely at Stumpy Point, which is east of the city. across Croatan Strait and southwest of Roanoke Island.

“My great-great-great-grandparents on the Bowser side were slaves and also on the Wise side of the family were slaves. And how they got the names, you know at that time, whatever slave owner they had, they took it [last] Last name. The name Wise is known to come from Stumpy Point. They came during the Civil War in 1862.”

The Collins and Tillett families both represent part of what Josh Nelson, ranger at Fort Raleigh National Historic Site in Manteo, called the “core group” of Freedmen’s Colony residents who remained on the island even after the dissolution of the Roanoke Island Freedmen Colony and official government policy changed to force black residents off the island.

“I discovered that some of the [local] names – the Tilletts, the Ashbys, the Manns, the McCleases, the Collins, the Bryants – all of these names were associated with the Freedmen’s Colony,” Virginia Tillett said in the 2018 Outer Banks television video.

Nelson considers both early attempts at English colonies and the Civil War history of the Outer Banks “two defining moments in what America is today,” he said. “I want to see them both well represented in Fort Raleigh.”

This summer, the site offered at least five 20-minute shows a day, including two about the freedmen’s colony, Nelson said. “Not only the park, but also the programs are free to the public.” He described visitor reactions as “overwhelmingly positive”, although most were unaware of the story.

With the Freedom Interpretive Trail scheduled for 2023, the park will be able to share this story even more.

“I think now, being an adult, it’s so cool that someone asks you about it; and I am proud to say that I am one of the descendants,” said Michael Tillett. “It blows people away, to talk to someone who is descended from slavery and came here for freedom.”

2022-08-27
Previous Post: The top 5 countries where you are most likely to get scammed
Next Post: Central banks need to tighten policy even in recession, says ECB’s Schnabel