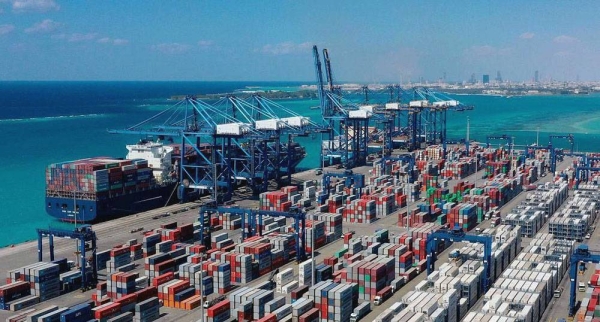 Saudi Ports: Gateway to Trade and Development for the Continents of the World

Riyadh — The Kingdom of Saudi Arabia is characterized by a strategic and important geographical location overlooking the Persian Gulf and the Red Sea, providing a great connection between the three continents of Asia, Europe and Africa and a major hub of the transportation for land, air and sea trade. routes.

This connectivity has been invested by the Saudi Vision 2030 which has built on the diversification of the non-oil economy by launching pioneering programs and goals that can make the Kingdom of Saudi Arabia a global logistics hub.

Saudi Arabia has launched the National Transport and Logistics Strategy – which is one of the fundamental aspects of the Saudi Vision 2030 – which helps build human and technical capacity in the transport and logistics services sector.

Thus, by strengthening the connection with the global economy, allowing Saudi Arabia to invest its geographical location in the middle of three continents in the diversification of its economy through the creation of advanced logistics service industries.

The strategy aims to make the Kingdom a global center for transport and logistics services, and to increase the sector’s contribution to 10% of GDP, from 6% currently.

The Kingdom has 13 ports in the Persian Gulf and the Red Sea, through which pass 13% of world trade, and these ports contribute to the access of 70% of Saudi Arabia’s imports and 95% of its exports via 291 docks.

He noted that the attractiveness and status of Saudi ports have made the Kingdom of Saudi Arabia the fifth fastest country in the world in handling container ships.

Thanks to the unlimited support of the wise management to the port sector, the size of the handling of tons of goods during the first quarter of 2022 increased by 7.18% with a total of more than 74 million tons, where the number of containers shipped increased by 5.91% with approximately 1.3 million standard containers, compared to the same period of 2021.

2022-05-11
Previous Post: Global banks face the new reality of independent commerce
Next Post: Gateways for trade and development for the continents of the world