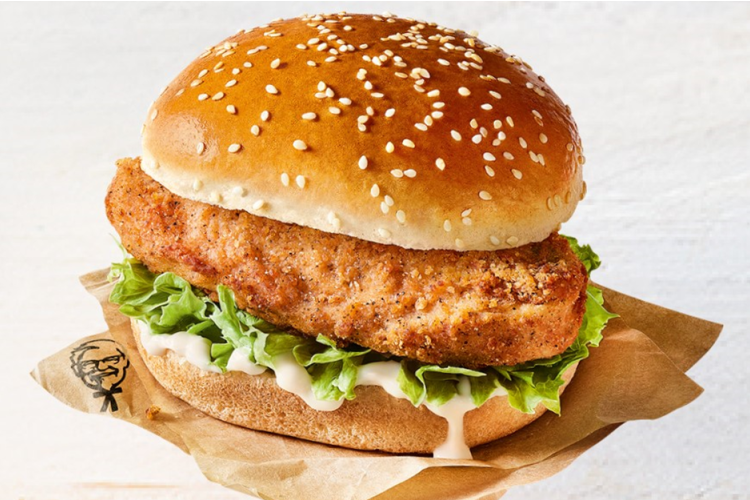 Building on the successful and “highly publicized” launch of the KFC Vegan Burger in the UK, KFC now plans to bring a meatless proposition to other European consumers, starting in Germany.

“Our culinary team worked closely with KFC to co-create these products,”Peter Harrison, chief commercial officer of Quorn, told FoodNavigator. “It is essential that we work closely with our QSR partners to ensure that products meet the high standards that their customers expect, and we are delighted to support KFC, as well as other QSR customers, in their aspirations to expand meatless offerings. ”​

The KFC Vegan Chicken Burger and Beyond

The Vegan Chicken Burger launched in the UK in 2020 after a two-week trial in June 2019 that saw stock sell out in just four days. Sales to date of the vegan burger have shown the meatless menu option to be a “customer favourite” since its launch in the UK and Ireland, Quorn said. The vegan option became a permanent item at all KFC restaurants in January 2022.

“Our fans were thrilled to see the launch of our Vegan Burger in 2020. The original Vegan Burger recipe has proven to be such a hit in the​ UK and Ireland that we have already tested Quorn-based products in several other countries and plan to expand into several European markets in the coming months,”​ noted Kate Wall, director of strategy and innovation at KFC.

Quron and KFC have already tested bespoke products in Germany and the Netherlands. The companies are now working together to develop a range of new meatless menu options, from large buckets to vegetable wraps, it has been revealed.

“The main product we have worked on with KFC is the Original Recipe Tender (known as Mini Filet in some markets). They have been extremely well received, hence the rollout of the products in new markets,”Harrison told us.

Detailing the products that are set to appear on KFC menus in Europe, Harrison commented: “Initially, there will be the new KFC Original Recipe Tender alongside the existing KFC Vegan Burger in the UK.”​

Global demand for meatless alternatives continues to grow, and the sector is expected to reach a global value of $27 billion by 2027, Quron noted.

To support this expansion, the meatless brand believes it is important to develop new marketing channels and avenues, making it easier for consumers to choose meatless options.

“Ensuring that there are delicious meat-free food choices for consumers, where and when they make dietary decisions, is key to our mission to provide healthy food for people and the planet,”said Harrison.

“Of course, this is a positive development for our expansion plans. KFC is a global leader in QSR, with tens of thousands of restaurants worldwide that can offer millions of customers a delicious meatless alternative to their favorite KFC meals.​

Harrison will join the next FoodNavigator event, Protein Vision, innovations in meat and dairy alternatives​, when discussing Quorn’s expansion into underdeveloped channels for plant-based meat analogues such as QSR. To REGISTER FOR FREE, click here​. ​