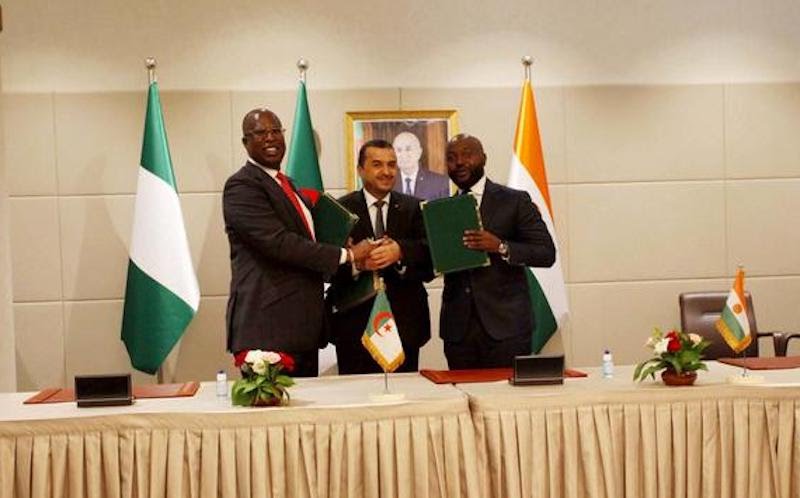 AlgeriaNigeria and the Republic of Niger have signed a memorandum of understanding for the construction of a 4,000 kilometer (2,500 mile) trans-Saharan gas pipeline that will cross the three African countries through the Sahara desert to Europe.

The memorandum of understanding follows an agreement in June 2022 between the three African countries on the revival of the gas pipeline project, which had been under discussion for almost four decades.

It is estimated that when completed, the $13 billion (€12.75 billion) pipeline would transport up to 30 billion cubic meters (1 trillion cubic feet) of natural gas per year from Warri to Nigeria via Niger and Algeria to Europe.

In 2009, an agreement was signed by Nigeria, Niger and Algeria to construct the Trans-Saharan Gas Pipeline Project with the aim of commissioning it in 2015. However, the project could not be implemented, mainly due to security problems in the Sahel region and tensions between the governments of Algiers and Niamey.

The relaunch of the project comes after the reopening of their mutual border between Algeria and Niger, and at a time when the European Union (EU) is struggling with the supply of natural gas and is looking for alternative sources, following the launch of Russian military operations in Ukraine.

EU President Ursula von der Leyen had said the deal to cut gas consumption was aimed at preventing the Kremlin from being able to blackmail the EU with gas deliveries.