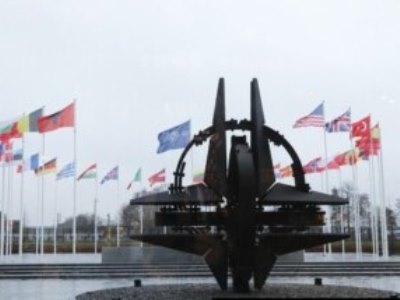 Some European countries that have sent weapons to kyiv are running out of supplies, and defense contractors could take years to make up the shortfall, writes Bloomberg.

Sources say NATO nations are urging defense companies to increase production to help them replenish supplies – both to replenish stocks in Ukraine and to bolster their own amid heightened tensions.

Kyiv’s allies have already sent billions of dollars worth of weapons, ammunition and equipment. This puts pressure on ammunition stocks, including 155mm artillery shells. The United States has supplied over a million shells to Ukraine since the start of the war.

Defense companies in the United States and Europe are now seeing increased demand for air defense systems and anti-tank weapons and other equipment, and governments are increasingly recognizing that Ukraine is likely to need military support in the years to come.

But rapidly expanding production after decades of limited orders won’t be easy. As the war drags on, Ukraine’s partners may be tempted to reduce their support as they worry about their security needs, which could lead to friction.

In addition to several rocket launchers, Ukraine’s allies have largely focused on sending Soviet-era weapons and tanks, which are also out of stock. These stocks must be replaced by modern weapons

At the same time, members of the North Atlantic Treaty Organization need more weapons to bolster the alliance’s presence on its eastern flank. Defense ministers will meet this week in Brussels to discuss the issues, following a meeting of national armaments directors in late September.

It could be years before supply equals demand. Defense companies face obstacles in expanding production on the scale needed. European defense companies will also have to change assembly lines after many governments cut defense spending after the Cold War.