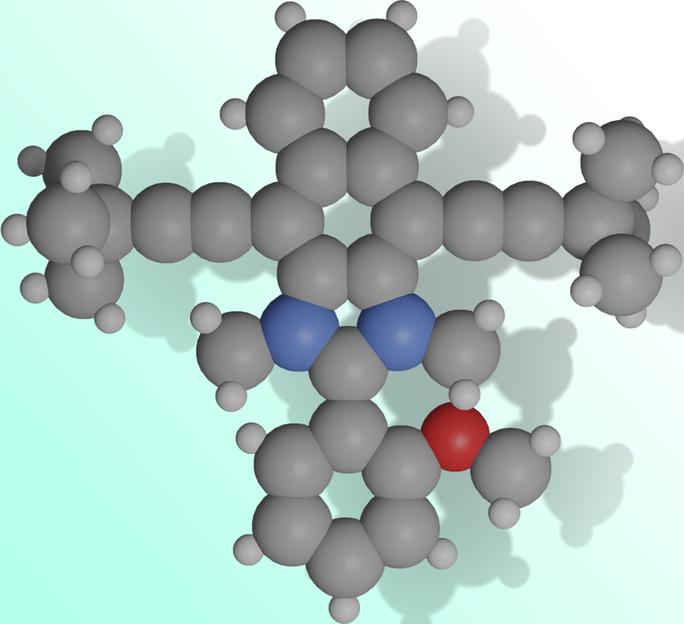 When they hear the term “24 hour race”, many people think of Le Mans, Daytona or even the Nürburgring. Images of colorful cars racing by at breakneck speed, accompanied by the deafening noise and the smell of burning high-performance fuels may appear in the mind’s eye. But at the NanoCar Race everything is different! And in the middle of it all is a team from TU Dresden and IPF Dresden.

At the end of March, the second NanoCar Race will take place in Toulouse at the CNRS (National Center for Scientific Research). With this particular type of racing, pretty much everything is different from a classic car race! Strictly speaking, only the racing drivers sit there, while the “race tracks” are located in eight different laboratories around the world – one of them at TU Dresden. That being said, the participating “cars” are very, very small – molecules made up of 50 to 200 atoms, no larger than a few nanometers. To put this size regime in perspective: a single human hair is about 70,000 nanometers thick.

A microscope as a motor?

In this quantum world, of course, nothing can be monitored with the naked eye or even using conventional optical microscopes – very special high-tech machines are needed, the so-called scanning tunneling microscopes (STM). In such microscopes, a sharp, atomically precise tip acts as the probe and passes through the sample. A voltage is applied between the probe and the sample, causing quantum mechanical effects. These effects can then be exploited to obtain structural information about the sample, down to atomic resolution. In NanoCar racing, however, STMs are not only used to study tiny racing cars, but also to manipulate them. This is because molecules with certain specific structures and properties can be made to move with electrical impulses. The propulsion mechanism can be either inelastic (related to excitation of vibrational modes or current-induced structural changes) or dipolar, resulting from repulsion or attraction between the nanocar and the STM tip. In short, electrons from the tip to the sample are enough to trigger motion in well-designed nanocars.

This is where the key to the teams’ victory lies: which molecule is best suited to travel as far as possible in the 24 hours allotted? “Far” is, of course, a relative term here – the distances traveled will be a few nanometers at best. Nevertheless, the organizers of this quantum race spared no effort to make everything look like a classic sporting event! There will be a 24-hour live stream, interspersed with individual team reports and official statements ranging from politics to science. As is customary at the end of any racing event, there will also be a state-of-the-art awards ceremony!
The first Nanocar race took place in April 2017 and was watched live on the YouTube channel by over 100,000 people worldwide.

The second international nanocar race is organized as part of the EU-funded FET OPEN “MEMO” (Mechanics with Molecules) project. The project is led by Dr. Francesca Moresco, head of the Single Molecule Machines (SMM) group at the Center for Advancing Electronics Dresden (cfaed) at TU Dresden.

What sounds great fun has, at its core, a serious scientific purpose. Basic research on mobile and selectively controllable molecules paves the way for future scientific activities and applications. Although it sounds closer to science fiction than today’s science, these nanocars could soon be used to deliver medical agents through the human body, serve as engines to do the work of tiny micromachines, or be used as an alternative method for solving complex problems.

The Dresden nanocar has an azulene core, which provides a high dipole moment, while side groups help decouple it from the surface. Azulene is a blue aromatic hydrocarbon used in cosmetics and as a colorant. The most well-known natural azulene compound is found in chamomile. During the Renaissance, this deep blue essential oil was very popular and was obtained by steam distillation.

2022-03-24
Previous Post: Q&A with Shukr Investments: Financing with a Conscience | Salaam Footbridge
Next Post: With multi-billion dollar investments across all continents, VW and Tesla are battling for EV supremacy