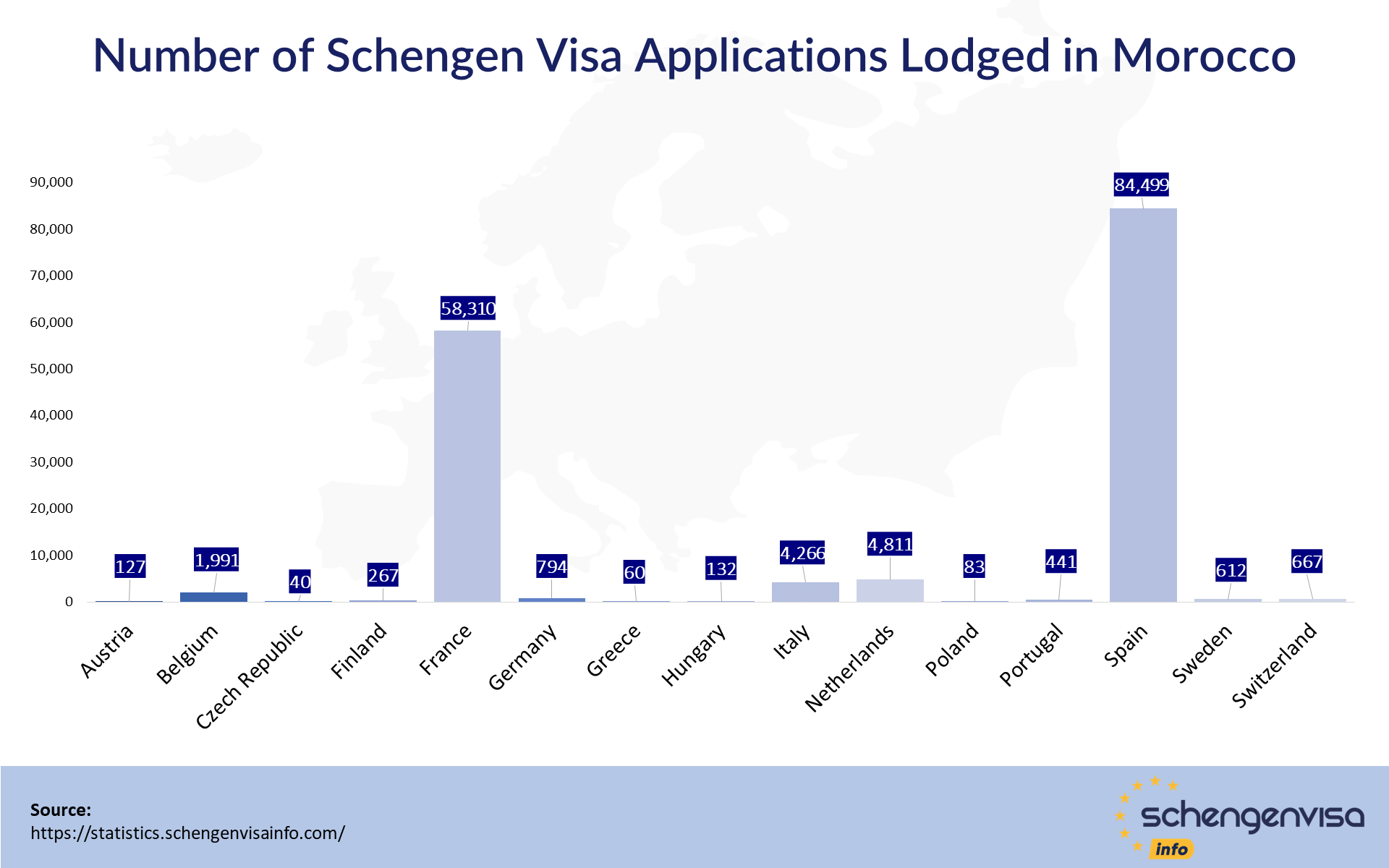 157,100 Schengen visa applications were submitted by Moroccan nationals and residents needing a Schengen visa to travel to the European area without borders in 2021 to European embassies, consulates and visa centres, newly released Schengen visa statistics reveal.

In 2021, Morocco is listed as the fifth largest source of Schengen visa applications, despite a 77.7% drop in the number of applications filed in this country compared to 2019, when 705,293 applications were filed.

According to Besart Bajrami, founder of SchengenVisaInfo.com, the reason for the drop in the number of Schengen visa applications worldwide from 16,955,541 in 2019 to 2,926,104 in 2021 is the closure of borders by Schengen countries, in order to to prevent the spread of the pandemic.

“Even in countries that reopened their borders in 2021, there have been so many changes each week about who can enter and who cannot, what restrictions and changes have discouraged travelers, and especially tourists, from planning a trip. in the EU, and therefore to apply for a Visa of the Schengen area“, underlines Bajrami.

He also points out that a large part of European countries have kept borders closed to travelers from outside the bloc, only allowing travelers from a limited number of countries, part of the EU list of third countries epidemiologically safe to enter their territory.

On June 30, 2020, when the EU Council of Ministers published the list mentioned by Bajrami, Morocco was on it, along with 14 other third countries.

Shortly thereafter, on August 7, 2020, the Council of the EU issued a revised recommendation to the EU and Schengen Member States, advising them to reintroduce the entry ban for residents of Morocco due to an increase in the number of coronavirus cases in Morocco. .

Since the borders were open to Moroccans until the beginning of March 2020, as well as this period of one month and one week, during which some EU countries issued visas to Moroccans, the number of latter visa applicants in 2020 was a bit higher, at 180,443.

>> 83% drop in the number of Schengen visa applications submitted worldwide in 2021, compared to the pre-COVID period