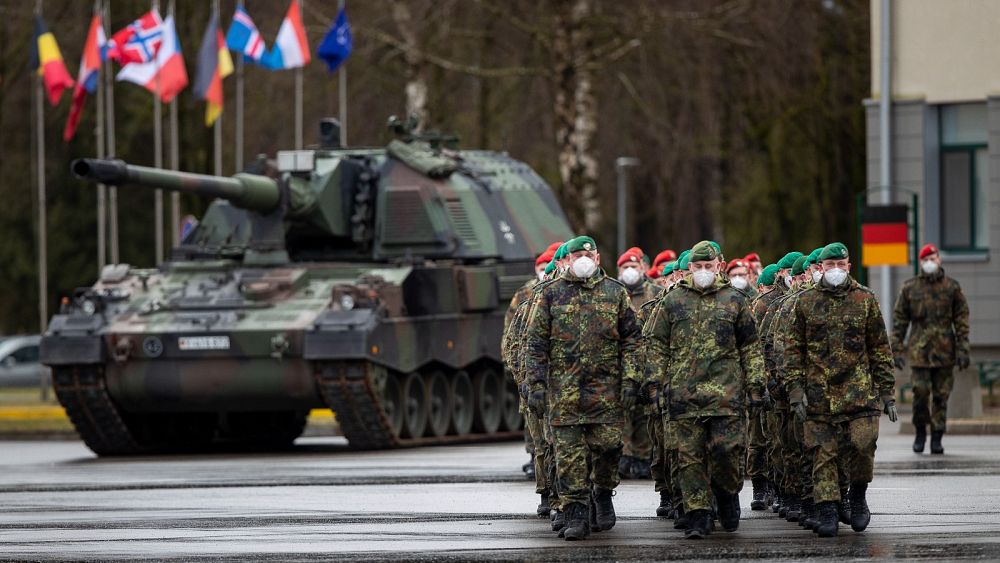 How European countries fare on 2% of GDP defense spending

What is two percent of GDP?

Since NATO defense ministers have agreed to spend this quota on their military budgets every year, it’s a stick with which big spenders can beat their frugal partners.

It has also become a lightning rod problem whenever there is a new global crisis and the Russian war in Ukraine is no different.

In much of central and eastern Europe, politicians are now racing to ensure they hit the percentage target at least next year.

Poland, which generally meets the target, recently passed legislation to increase spending to 3%.

In a historic speech in February, which claimed to revolutionize Berlin’s approach to national security, German Chancellor Olaf Scholz announced a €100 billion injection into defense spending.

“It is clear that we must invest much more in the security of our country, in order to protect our freedom and our democracy,” he said.

Scholz added: “We will now, year after year, invest more than 2% of gross domestic product in our defense.”

Today, no European government wants to be seen as a spendthrift. Whether they actually are is another matter.

“Countries in Europe have really started to take the 2% spending target seriously,” says Calle Håkansson, associate researcher in the Europe program at the Swedish Institute of International Affairs.

Although there has been a trend of increasing defense spending in recent years, the war in Ukraine “has clearly served as a catalyst for new defense spending,” Håkansson noted.

In any case, many governments will have to spend more in the coming years to replace and replenish the weapons systems they sent to Ukraine, he added.

Just this month, the Slovak, Slovenian and Latvian governments said they aim to meet the spending threshold by at least 2023, if not this year. Romania has increased defense spending by 14% for 2022 and says it could hit the 2% target next year.

Finland, which recently agreed to join NATO, spent about 1.5% of its GDP on defense in 2020. But its government announced an injection of 2 billion euros following the invasion of Ukraine by Russia, which could push it past the 2% mark in 2022 or 2023.

When NATO members again agreed to meet the 2% of GDP target at the 2014 summit, only the UK and Greece were sticking to the European side of the bargain. In 2018 it was up to five states, and in 2020 nine of the 28 European members of NATO were spending the agreed percentage, according to statistics from the defense alliance.

According to NATO forecasts released last month, seven European NATO members will meet the target this year: Croatia, Estonia, Greece, Latvia, Lithuania, Poland, Slovakia and the Kingdom -United. Romania and France will be off by less than 0.1%. All of them, except Greece and the United Kingdom, belong to the former “eastern bloc”.

But General Jens Stoltenberg, NATO secretary general, told a summit last month that he estimates 19 partners will exceed the target by 2024.

“Two percent is increasingly seen as a floor, not a ceiling,” he added.

Others take longer, however, according to statements from their governments. Sweden, which also recently agreed to join NATO, has pledged to reach the 2% mark by 2028. Prime Minister Mario Draghi said in April that Italy would reach the target the same year . The Spanish government says by 2029. Denmark thinks by 2033.

Last week, the Belgian Parliament agreed to spend an additional €10 billion by 2030, which will represent around 1.5% of GDP. Alexander De Croo, the Prime Minister, estimates that the 2% mark will be reached by 2035.

Russia’s invasion of Ukraine set off alarm bells, particularly among Central and Eastern European governments, but it also exposed problems in European defense planning that analysts had pointed out kept for years.

Between 1999 and 2021, combined EU defense spending has increased by 20%, according to reports from the European Defense Agency. This compares to an increase of 66% by the United States, 292% by Russia and 592% by China, over the same period.

Liz Truss, the British Foreign Secretary, said earlier this year: “Geopolitics is back”.

Some fear that the Europeans cannot rely on the United States for defensive support. There was panic during Donald Trump’s presidency, and some fear Europe will be even more exposed if Trump or another “isolationist” takes over the White House in 2024.

We now speak of China as a rival. A possible Chinese invasion of Taiwan was not an issue for many European governments just a few years ago; much of the area is staunchly pro-Taipei these days. Parliamentary committees and commentators are debating whether the Europeans would back Taiwan militarily if Beijing attempted the “reunification” of the self-governing island.

Daniel Fiott, a professor at the Vrije Universiteit Brussel and the Real Instituto Elcano, says the key test is whether pledges materialize into actual defense spending. “We still don’t really know how inflation will eat away at announced spending increases,” he added, referring to a record high of 8.6% inflation in the euro zone in June.

Germany has recently come under fire after new financial plans released this month appear to indicate defense spending will be only around 1.5% of GDP this year and 1.7% in 2023. It will not meet its 2% commitment until 2026, according to some media.

Even if most European countries exceed the 2% target, the question will then be: why?

“Inevitably, the closer NATO allies get to the 2% target, the more attention will turn to the value of the guideline,” Fiott said.

Exactly why two percent was chosen has been a source of debate for years.

When it was approved by NATO defense ministers in 2006, it was “largely intended as a political mechanism… to help defense ministries fend off budget cuts imposed by finance ministers,” they said. wrote Kathleen J. McInnis and Daniel Fata, of the Center for Strategic and International Studies, a think tank, in an article on foreign policy last month.

According to some analysts, the arbitrary percentage does not give much information about defensive preparation. A government could, after all, spend 2% of its GDP on obsolete military hardware or 1% on the latest technology. The latter might be better off.

“Inevitably, the closer NATO allies get to the 2% target, the more attention will turn to the value of the guideline,” Fiott said.

But, he added, any review of the 2% rule will be “an opportunity to reflect on the effectiveness of defense investment in Europe”.