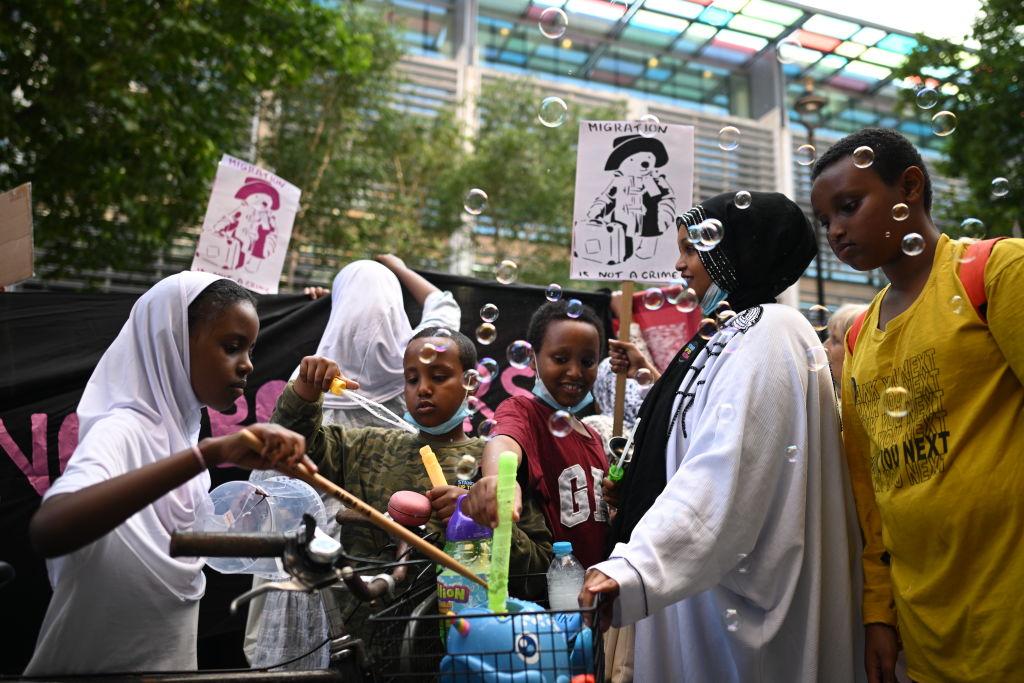 HUNDREDS OF protesters gathered outside the Home Office last night (June 13) after the Court of Appeal ruled that Priti Patel’s deportation flight to Rwanda could go ahead today.

They vowed to keep fighting, as the chorus of condemnation against the British government grew, with the Church of England saying it was an “immoral” policy that brought Britain shame.

The United Nations has criticized the deportation, and reports over the weekend say Prince Charles finds it “appalling”.

The number of asylum seekers and immigrants who must be on the plane is now eight, compared to 130 who received deportation notices, after a series of individual appeals to the courts.

Speaking at the protest, organized by Stand Up To Racism, former Home Office immigration worker Bernice Alexander said The voice: “I was a refugee from South Africa in the 1960s when I was a child and thinking about what would have happened to us if we had been deported.”

Alexander, from Hainault in east London, said she had spoken out against racism in the department and was stereotyped as having “a chip on her shoulder”. She added that immigration policy is worse now than it has ever been.

Naomi Tobias, from Newham in east London, added: “It’s like stepping back to the days of slavery where people’s bodies are transported across continents for profit. It’s about governments and corporations making money from the most vulnerable people in society.

Sunday Times reporter Caroline Wheeler tweeted that today’s flight will depart from RAF Lyneham, Wiltshire. The activists, who understood he would take off from Gatwick, had demonstrated outside the nearby Brook House migrant detention centre.

Boris Johnson has been accused of lying after claiming in TV interviews that Britain offers safe routes for asylum seekers. Experts pointed out that all refugees not from Hong Kong, Ukraine and Afghanistan had no “legal” pathway available to them.

While the prime minister, interior minister and other ministers have argued in the media that Rwandan policy will deter refugees from crossing the English Channel, it has emerged that the interior ministry has no all modeled “the deterrent effect”. Critics say it is because the government knows it will not deter desperate asylum seekers from coming to Britain.

Three-quarters of all asylum seekers crossing the Channel have their applications approved.

There is growing frustration at the silence of Labor leader Sir Keir Starmer on the expulsion from Rwanda. Denise Henry, a NEU activist from Bromley, south London, protesting outside the Home Office, said: “We need more Labor support; we need the opposition to fight and stand up and right now they don’t.

While refugee groups have worried about the brutality of Britain’s asylum system since the introduction of migrant detention centers in 1996, it took the deportation from Rwanda to trigger a general public awakening.

Celebrities including football presenter Gary Lineker tweeted their opposition to the government’s plans. The question for activists is whether they can keep up the pressure. In 1995, photos of Alan Kurdi, a two-year-old Syrian man lying dead on a beech tree, sparked a wave of public sympathy that quickly evaporated.

Writer Nels Abbey commented on Twitter: “As the UK government’s plan to smuggle black and brown people into Rwanda moves forward, it’s important we remember one thing: we tried to tell you this .

“We sounded the alarm by warning that Priti Patel was not a triumph for diversity but a victory for deadly serious racism. We were ignored and fired.

It’s unclear how much money Britain is actually paying Rwanda during the cost-of-living crisis, but there is speculation the figure is several times higher than the £120million announced for the construction of a detention center in the capital Kigali.

Protests as court rules Rwanda flight can go ahead

Why Rwandan politics must be defeated

You measure a country by its humanity