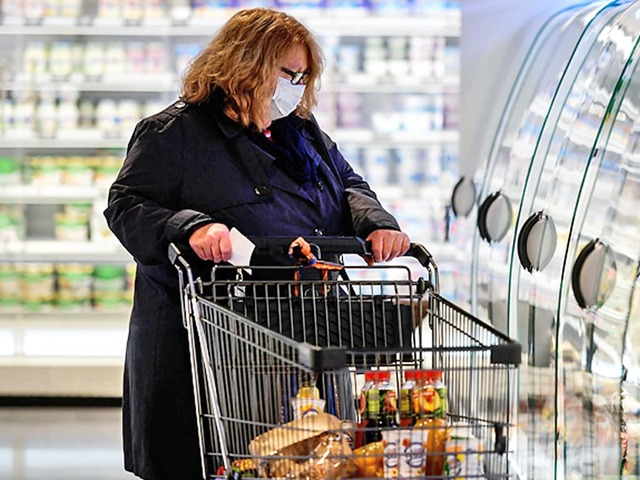 Fueled by a staggering 40.8% rise in energy prices, the annual inflation rate in the 19-nation single currency zone has risen to its highest level since records began, according to Eurostat.

The historic level of inflation will encourage the European Central Bank to maintain its current course of raising rates, in an effort to cool prices despite the risk of triggering an economic recession in Europe.

The ECB is desperate to prevent inflation from taking root in the economy and is taking measures that will reduce demand and could therefore slow growth.

The ECB argues the hikes are also needed to put monetary policy on a more ‘neutral’ footing after many years of negative rates and stimulus programs that have pumped tens of billions of euros into the zone’s economy. euro.

The jump to 10% followed a 9.1% rise in August and dashed hopes that inflation would begin to subside as energy markets stabilized seven months after Russia launched its invasion of Ukraine.

To complicate matters for policymakers, economic powerhouses in the Eurozone posted widely divergent inflation rates, with Germany recording price increases of 10.8% and France of 6.2%.

In the Netherlands, inflation prices rose by 17.1%, the highest since World War II, a major jump from the already high level of 12% a month earlier.

Also muddying the waters, some eurozone countries are imposing large national expenditures to ease the burden of energy prices on consumers, creating further fragmentation of the European economy.