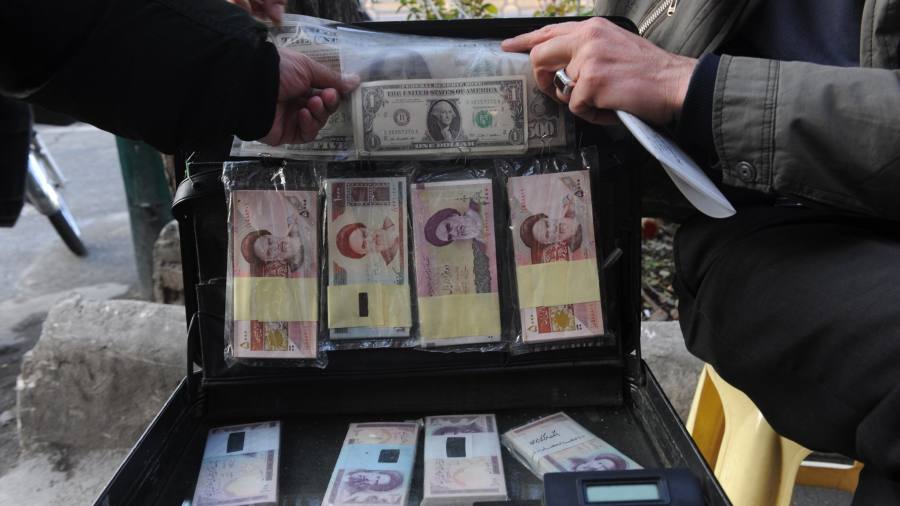 European banks are tentatively reconnecting with Iran as the Middle East’s second-largest economy slowly emerges from a sanctions regime that has kept it in the financial wilderness for years.

Belgium’s KBC and Germany’s DZ Bank both confirmed when contacted by the Financial Times that they had started processing transactions on behalf of European clients doing business in Iran. The Austrian Erste Bank is preparing for it.

However, Europe’s big banks remain on the sidelines alongside their US rivals, marred by a series of multibillion-dollar fines for past violations of Iran sanctions.

This is causing growing frustration among Iranian and European officials about how slowly Tehran is reconnecting to the global financial system.

In January, Iran and six major powers – the United States, Britain, France, Russia, China and Germany – implemented an agreement reached in July when Tehran agreed to reduce its nuclear activities in exchange for the lifting of certain sanctions.

But the pursuit of numerous US sanctions related to other issues, such as facilitating terrorism, has made many international banks reluctant to work with Iranian institutions and individuals.

The chairman of one of Europe’s biggest banks said: “All the reports I get from lawyers keep saying that there are still many sanctions against Iran. It’s hard to know who you’re dealing with because it’s become uncharted territory.

Banks have paid more than $15 billion in fines for violating sanctions in various countries over the past five years. The costliest was the $8.9 billion fine imposed on French BNP Paribas in 2014.

KBC, Belgium’s largest bank, said it had “decided to support its well-established customers in its home markets” of Belgium, the Czech Republic and Slovakia “in their real business with Iran, respecting all EU and US sanctions”.

“This support is limited to trade only and always subject to a thorough review of each transaction and all parties involved,” he said. “To this end, KBC has indeed developed correspondent relationships with several public and private Iranian banks.”

Iranian banks are being reconnected to the international payments system Swift, which cut them off when EU sanctions were imposed four years ago. However, Mahmoud Zibaie, an official in Iran’s central bank’s payment systems departments, said there have been “too few” transactions sent by Iranian banks through Swift because foreign banks are “worried about the risks” of dealing with them. He added that to allay those fears, the central bank was encouraging Iranian banks to use Swift’s “know your customer” systems and sanction compliance.

DZ Bank said it had started processing euro payments through Iranian correspondent banks. Erste said, “We have started integrating Iranian banks in terms of trade finance cooperation according to standard procedures. In the future, we may also seek to establish correspondent banking relationships. The two banks said they “checked” every payment involving Iran to make sure it complied with the sanctions.

There is growing political pressure on European banks to support corporate clients seeking to do business in Iran. Besides the eagerness to seize business opportunities with a country of 77 million people, European politicians also want to support the moderate government of Iranian President Hassan Rouhani.

British Prime Minister David Cameron wrote to Barclays in February asking the bank to explain its refusal to process payment on behalf of Molyslip Atlantic, a British lubricants maker that runs sales in Iran.

“Barclays Bank policy is in direct opposition to EU and UN policy, as well as UK government policy,” Mr Cameron wrote in a letter first reported by the Times.

Jes Staley, chief executive of Barclays, wrote in his response to the Prime Minister: “As we offer banking services through our US operations, we are required to continue to restrict business activities with Iran.”

US regulators have imposed by far the heaviest fines for breaching sanctions and European banks with large operations in America are reluctant to risk ties to Iran. KBC has an equity sales team in the US, while DZ Bank and Erste both have a small office in New York.

Peyman Ghorbani Aghilabadi, deputy governor for economic affairs at Iran’s central bank, said at the FT’s Iran summit last month: “I hope that with better cooperation from Iran and the international banking system, we can achieve our goals.”

2016-04-03
Previous Post: A look at the vital signs of European banks
Next Post: European banks are too afraid to do business with Iran