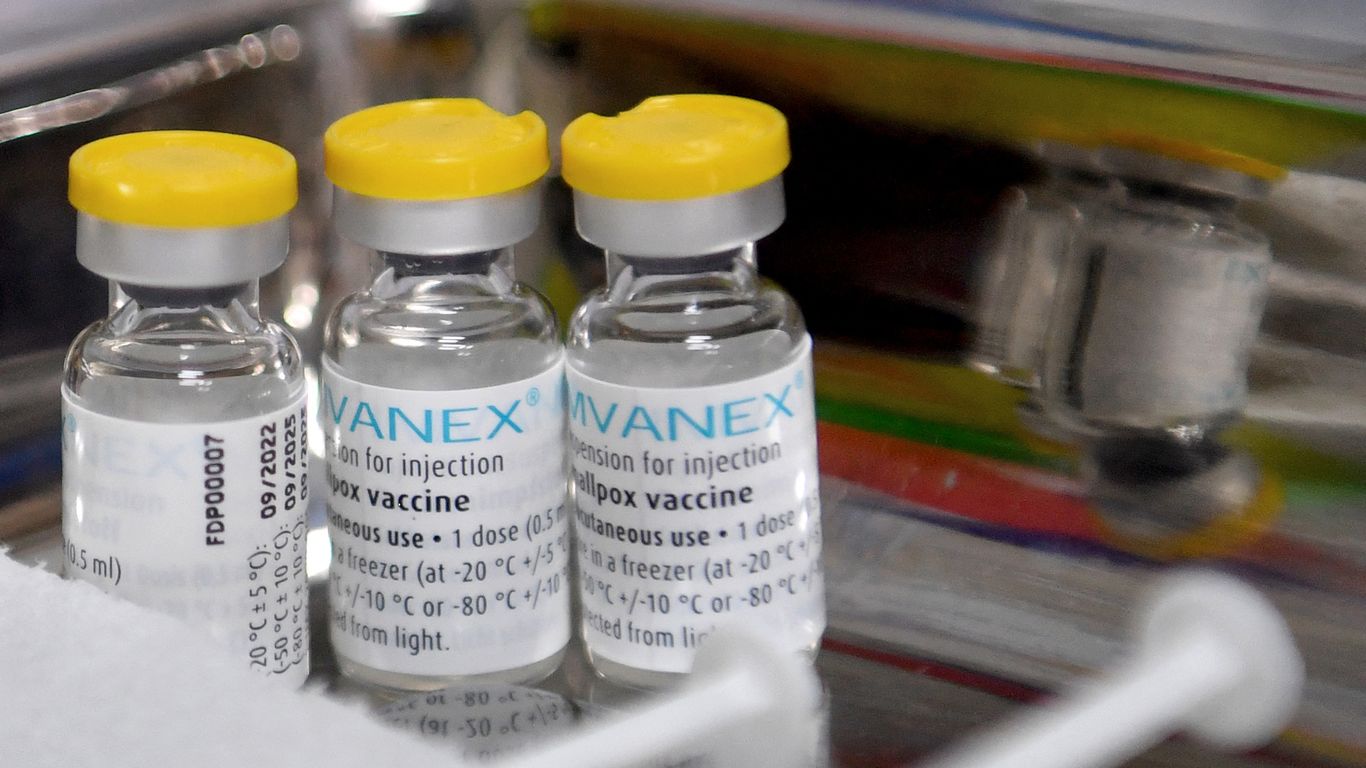 The European Medicines Agency said on Friday that countries in the European Union may temporarily use smaller doses of the monkeypox vaccine in order to boost supplies.

The big picture: The EU drug regulator’s announcement comes after the US Food and Drug Administration said earlier this month it was considering a “dose-saving” approach that would divide Jynneos monkeypox vaccine doses in fifths.

Driving the news: The EMA advised in a Press release that national authorities can use the smaller dose “to protect those at risk during the current outbreak of monkeypox when vaccine supplies remain limited”.

Background: The dose-saving approach requires a different injection method than the normal approach.