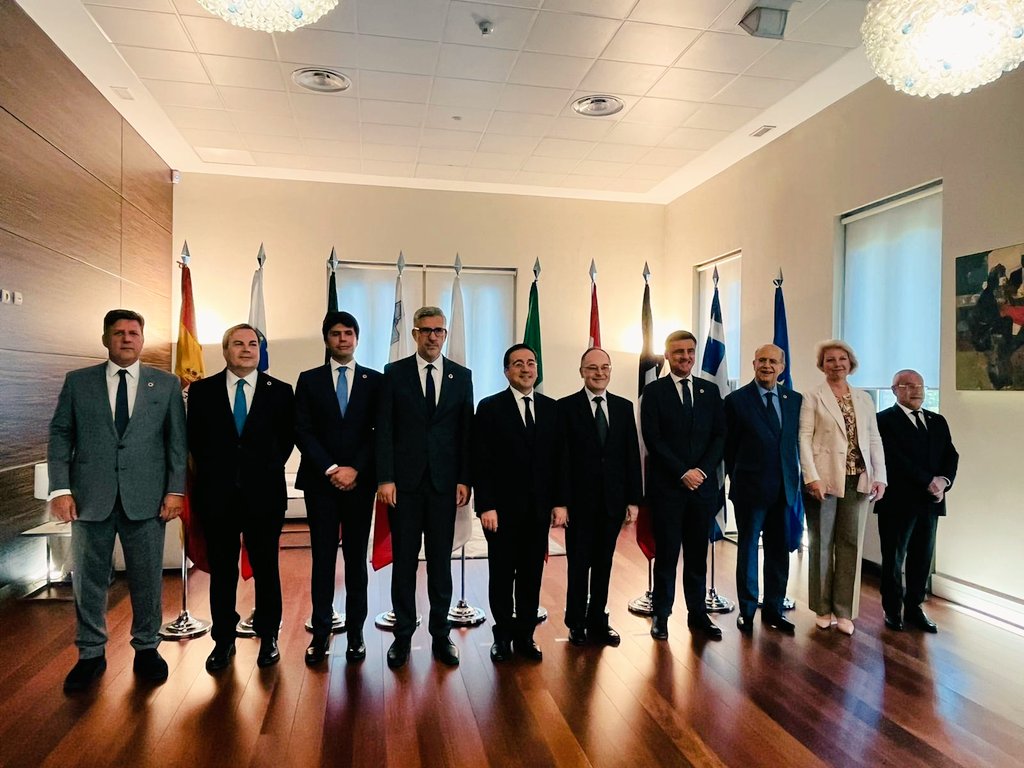 The preparatory meeting was opened by the Spanish Minister for Foreign Affairs, José Manuel Albarez, who welcomed two new members of the group. He underlined the importance of this format to convey common messages to the rest of the EU, given that EUMED or MED-9 countries represent 45% of the EU population.

State Secretary Štucin participated in plenary debates in which ministers and state secretaries discussed experiences and topical issues related to the COVID-19 pandemic, the war in Ukraine, climate change, energy and food security, migration and the process of enlargement of the Union. They agreed that the EU, as a global power, must be proactive in addressing its vulnerabilities and dependencies and building a more robust and resilient economy to meet the needs of its citizens. In their exchanges, the Ministers and Secretaries of State also paid particular attention to the group’s partnership cooperation with the countries of the southern neighbourhood.

In preparation for the MED-9 summit, participating officials exchanged views on ways to strengthen the group’s activities, including to increase its influence within the EU. As of 2021, the Informal Group of Mediterranean EU Member States has consisted of nine countries: Spain, Cyprus, France, Italy, Malta, Portugal, Greece, Croatia and Slovenia.

The MED-9 summit in September 2022 will be hosted by Spain in Alicante.