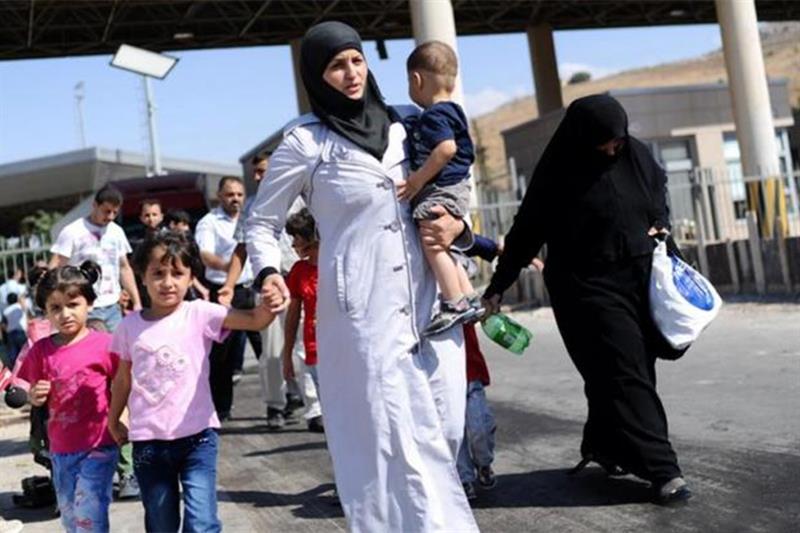 The number of migrants in Egypt is equal to 8.7% of the country’s total population, IOM added, noting that the most numerous nationalities are Sudanese (four million), Syrians (1.5 million), Yemenis (one million) and Libyans (one million). ).

These four nationalities constitute 80% of international migrants currently residing in the country.

“There has been a noticeable increase in the number of migrants since 2019, due to long-standing instability in countries neighboring Egypt, which has pushed thousands of Sudanese, South Sudanese, Syrians, Ethiopians, Iraqis and Yemenis to seek refuge in Egypt,” the statement said.

The IOM considers as a migrant “any person who is moving or has crossed an international border or within a State outside their usual place of residence, regardless of their legal status; whether the movement is voluntary or involuntary; what are the causes of the movement; or what is the length of stay.”

While assuring that Egypt is not a transit point for illegal migrants heading to Europe, Egyptian President Abdel-Fattah El-Sisi has repeatedly asserted that the country has no refugee camps, describing the refugees hosted in Egypt as “guests in the country”.

Refugees in Egypt live within society and have access to education, medical care and work, El-Sisi pointed out.

IOM said the Egyptian government’s positive attitude towards migrants and refugees can be seen as a pull factor for recent migrants, refugees and asylum seekers.

“Egypt has been generous in including migrants, refugees and asylum seekers in the national education and health systems, [putting them] on an equal footing with Egyptians in many cases despite the challenges these two sectors face and the high economic costs,” he added.

The inclusion of migrants in the national COVID-19 vaccination plan is a clear and recent example of Egypt’s approach of treating migrants on an equal footing with Egyptian citizens, IOM stressed.

IOM’s analysis of migrants in Egypt showed that the average age is 35 with a balanced percentage of males (50.4%) and females (49.6%).

Moreover, the majority of them (56%) reside in five governorates, namely Cairo, Giza, Alexandria, Damietta and Daqahliya. Most of the others live in Assiut, Aswan, Gharbiya, Ismailia, Luxor, Matrouh, Menoufiya, Minya, Port Said, Qaliouyiba, Qena and the Red Sea.

A small number of migrants live in the Sinai Peninsula (especially Dahab), Sharqyia, Sohag and Suez, the statement added.

In addition, data collected from embassies and IOM studies revealed that more than a third of the population (37%) hold stable jobs, indicating that migrants in Egypt contribute positively to the labor market. and economic growth in Egypt.

Syrian migrants, who constitute 17% of international migrants in Egypt, are one of the main contributors to the Egyptian labor market and economy.

IOM estimated the amount of funds invested by 30,000 registered Syrian investors in Egypt to be around $1 billion, saying this reflects the importance of improving the integration of migrants to positively impact their host society.

Analysis of the length of stay of migrants in Egypt showed that 60% have lived in Egypt for more than 10 years, of which 6% have lived in the country for 15 years or more (second generation included).

IOM Egypt started its assessment in October 2021 and concluded it in June 2022.

IOM said it used several research methods to obtain the most accurate number and profile of migrants in Egypt, including conducting consultations with the diplomatic representations of more than 100 countries present in Egypt.

It also included data collected through everyday interaction with migrants, as well as journals and academic studies.

IOM’s policies and programs view human mobility as a source of prosperity and sustainable development for countries of origin and host communities, the statement noted.

Egypt has stepped up its efforts since 2016 to address irregular migration, putting in place a legislative framework to combat migrant smuggling.

In 2016, President Abdel-Fattah El-Sisi launched the country’s first national strategy to combat irregular migration, and Law 82 of 2016 established sanctions criminalizing all forms of migrant smuggling, in addition to combating the activities of persons involved in such acts.

The law punishes anyone who commits, attempts or is involved in the crime of migrant smuggling with strict imprisonment and a fine ranging from EGP 200,000 to EGP 500,000.

In 2022, the country toughened the law, requiring those who commit the crime of smuggling or assisting in the smuggling of migrants to pay a fine equal to the value of the amount they made from the operation.

In addition, those who witnessed crimes related to irregular migration and chose not to report them to the authorities will be sentenced to one year in prison and forced to pay fines ranging from 50,000 to 200,000 EGP.

In addition, officials who fail in their responsibilities to fight irregular migration will be sentenced to terms ranging from three to five years in prison.

In 2019, Egypt launched its “Lifeboat Initiative” to provide employment opportunities in villages experiencing significant levels of irregular migration, with EGP 250 million allocated to support and implement it in 70 villages. Across the country.

2022-08-07
Previous Post: On Independence Day, Flag Raised on Indian Navy Ships Across 6 Continents
Next Post: As the ANFF rallies policy makers from the continents to action…