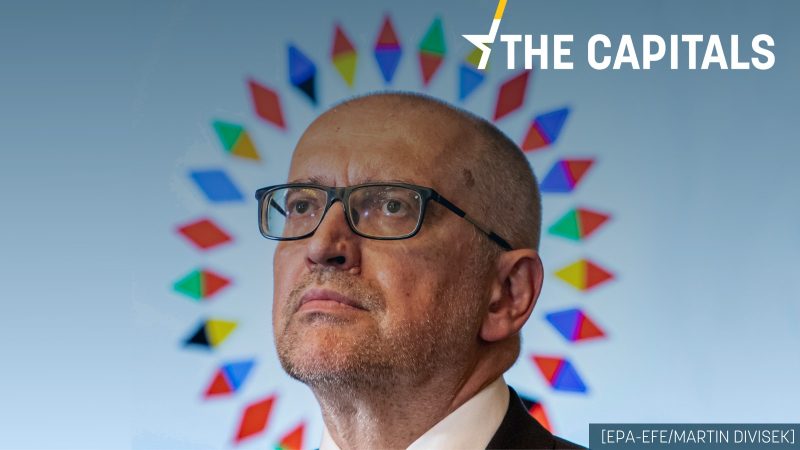 Czechia began its six-month term at the helm of the EU Council by preparing a questionnaire for bloc members to understand if and where countries would be open to change in EU decision-making.

The questionnaire will focus on “changes that can be made to the current treaties, in particular through the bridging clause,” Czech EU Minister Mikuláš Bek told EURACTIV.cz.

The 2007 Lisbon Treaty, which governs the functioning of the EU, includes so-called bridging clauses which can change the requirements of the agreement without the need for a complete treaty change.

However, the activation of a bridging clause to abolish unanimity voting in certain policy areas, in particular foreign policy, would require the agreement of all EU ministers in the Council and, in certain case, may require the consent of the European Parliament.

Treaty reform has been an ongoing but largely academic debate in Brussels circles for decades, gaining prominence in the EU political landscape in recent months, with the conference on the future of Europe ( CoFoE), the EU’s deliberative democracy experiment where citizens had a say in shaping the bloc’s policies.

“On the other hand, there may be room for some changes,” the Czech EU minister said.

As EURACTIV.cz understands, qualified majority voting, — a voting system whereby a decision would require that 15 out of 27 countries representing at least 65% of the EU’s total population vote in favour, — in the foreign and security policy as a whole is highly unlikely.

On the other hand, the end of unanimity is possible in specific areas, such as sanctions lists.

“We would like member states to try to identify, from their point of view, the elements where they can imagine a move from unanimity to qualified majority,” Bek explained.

The CoFoE concluded on 9 May with a final ceremony in Strasbourgwhere Emmanuel Macron highlighted the alternative to expanding his proposaland Ursula Von der Leyen alluded to support for EU treaty change.

European Commission President Ursula von der Leyen has hinted that she could support EU treaty changes, if necessary to implement the recommendations of the Conference’s citizens’ panels on the Future of Europe (CoFoE).

However, Vice-President of the Commission Dubravka Šuica told EURACTIV that member states will have the final say on treaty changewhich will be the last resort to act on the recommendations of the citizens.

Bek admitted that the investigation is related to the ask the Convention to open the treaties that the European Parliament formally presented at the beginning of June. The results of the survey should be presented before the October meeting of EU ministers at the General Affairs Council (GAC), Bek said.

According article 48 of the EU Treatytherethe Council must vote by simple majority on whether to examine the European Parliament’s proposal to launch the Treaty Opening Convention.

The the willingness of Member States to discuss such changes varies considerably. “A significant number of [them] consider it unrealistic that such a debate could take place as early as October at the European Council because there will be very urgent issues on the table, such as energy before next winter.

However, according to former liberal MEP and constitutional expert Andrew Duffthe Council must respond formally to EU lawmakers by October 9, otherwise they can”sue the Council before the Court of Justice for non-execution of its resolution”.

To react, there are several options, “including a debate on whether or not to convene a Convention, possibly prepared by an independent think tank,” Duff said.

Meanwhile, Germany, one of the EU heavyweights, has long been a proponent of EU reform and is now stepping up efforts to abolish the unanimity requirement in foreign policy.

Over the weekend, German Chancellor Olaf Scholz warned of the consequences of disunity among member states and called for reform in the bloc as the EU can no longer afford national vetoes.

“The permanent disunity, the permanent dissent between member states weakens us. This is why Europe’s most important response to the Zeitenwende is: unity,” Scholz wrote in an op-ed for FAZ on Sunday.

Scholz stressed that maintaining this unity would be of utmost importance in an increasingly multipolar and geopolitical world.

“For me, this means an end to the selfish blocking of European decisions by individual member states. No more national comings and goings that harm Europe as a whole. We simply can no longer afford national vetoes, for example in foreign policy, if we are to continue to be heard in a world of competing great powers.

So far, Putin’s war of aggression has been met with unprecedented unity among EU member states. However, due to rising inflation and gas shortages, experts fear that this solidarity will weaken, Hungary announcing Wednesday that it would stop gas exports to EU neighbours.

However, according to Scholz, now is the time to close ranks in all areas where the EU has for too long struggled to find solutions – such as migration policy, European defense building and technological sovereignty.

“Germany will make concrete proposals in this regard in the coming months,” Scholz said.