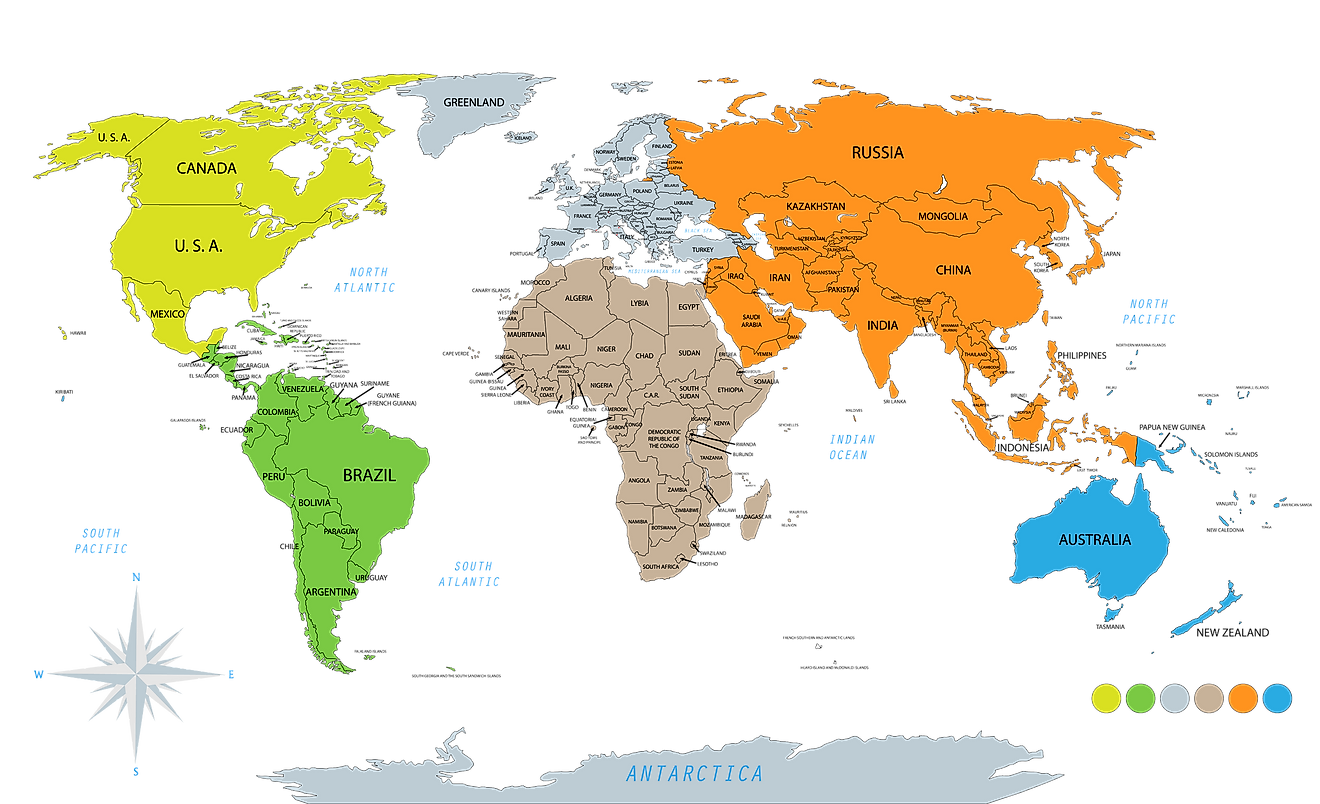 Continents by number of countries

There are a total of 48 countries in Asia. Asia is the largest and most populous continent in the world. About 4.677 billion people live in Asia, which is more than half of the total world population. Two countries in Asia, China and India, are respectively the first and second most populous countries in the world. Five other Asian countries, Indonesia, Pakistan, Bangladesh, Japan and the Philippines, have more than 100 million inhabitants. The least populated country in Asia is the Sultanate of Brunei, which has only 437,000 inhabitants.

Asia is home to the 2n/a and 3rd largest economies, China and Japan, respectively. Japan is the continent’s most developed country and the only Asian member of the G7. Most countries on the Asian continent are developing countries. This includes China, even though it is the second largest economy in the world.

There are 44 countries located on the European continent. The largest and most populous on the continent is Russia, which has a population of around 146 million. Russia, however, is a transcontinental country, meaning it contains territory on more than one continent. In fact, most of the Russian territory is not in Europe, but in Asia.

Other most populous countries in Europe include Germany, with a population of around 84 million; the United Kingdom, with 68 million; France, with 65 million, and Italy, with 60 million. Europe is also home to very small countries, such as Monaco, Andorra, San Marino and Liechtenstein. In fact, Europe is home to the smallest country in the world, Vatican City, which has less than 1,000 inhabitants.

The North American continent has 23 countries. The largest country in North America is the continent’s northernmost country, Canada, which is also the second largest country in the world. To the extent that Canada is large, however, it is sparsely populated. Only 38 million people live in Canada. In contrast, its big neighbor to the south, the United States of America, is home to a population of over 331 million.

From one’s point of view, Australia is a continent unto itself, although in some parts of the world it is considered part of the larger continent of Oceania, which also includes New Zealand, Papua- New Guinea and many other countries which mostly consist of small islands. Australia and Papua New Guinea are the first and second largest countries in Oceania respectively. Australia is the most populous country in Oceania, while the small island nation of Nauru is the smallest and least populated. In total, there are 14 countries in Oceania, including Australia.

Australia has the largest economy in Oceania. It and New Zealand are also the most developed countries in the region. Apart from Papua New Guinea, the economies of countries in Oceania are tiny compared to those of other countries. So much so, in fact, that these countries are heavily dependent on aid from larger, more advanced countries.

The second most populous country located on the South American continent is Colombia, with an estimated population of 51 million. Argentina follows closely with around 45 million inhabitants, followed by Peru with 33 million and Venezuela with 29 million. The other countries of the continent have a population of less than 20 million inhabitants. Suriname is the least populated country in South America, with only 587,000 people living within its borders. Most South American economies are still developing economies, including Brazil, which is the continent’s largest economy, and the 9e the biggest in the world.

2021-06-01
Previous Post: Atkins appoints Jo Jarman as Chief Financial Officer for UK and Europe
Next Post: Why European banks want to end US dominance in payments