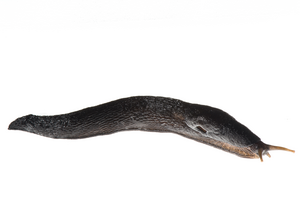 You might think that Europe is so well studied that no large animals remain to be discovered. Yet today a new species of giant slug from Montenegro was announced in the Open Access Biodiversity Data Log. The animal, as big as a medium-sized carrot, was discovered during a citizen science expedition and jointly described by its participants.

The international team of citizen scientists from Italy, the Netherlands, Serbia, South Africa and the United States found the slug in July 2019 while exploring the spectacular Tara Canyon, the most deep in Europe, on inflatable rafts. The brownish-gray animals, with a sharp ridge along their back and 20cm long when fully stretched, were hiding under rocky overhangs in the narrowest part of the ravine.

At first, the newly discovered slugs seemed superficially indistinguishable from the ash-black keel slug (Limax cinereoniger), who also lives in Tara Canyon. The team had to use a portable DNA lab to determine that there was a 10% difference between the two slugs in the so-called DNA barcode. Moreover, when they dissected some of them, they also found differences in the reproductive organs. It was enough to decide that a new species had been discovered, and they named it Limax pseudocinereoniger indicate its resemblance to L. cinereoniger.

The field trip was led by Taxon Expeditions, which organizes real scientific expeditions for the general public, with the aim of making scientific discoveries. Rick de Vries, a web editor and illustrator from Amsterdam who found the first specimen of L. pseudocinereonigersays: “It’s an incredible thrill to hold an animal in your hands and know that it is still unknown to science”.

Zoologist Iva Njunjić, one of the paper’s authors, thinks more unknown species are likely to be found in Tara Canyon and Durmitor National Park, of which it is a part. “Using a combination of DNA analysis and anatomy will likely reveal more species that are outwardly identical but actually belong to different species,” she says.

In 2023, Taxon Expeditions plans to take a new team of citizen scientists to Montenegro with a mission to discover new species and document hidden biodiversity.

Taxon Expeditions was founded by Iva Njunjić and Menno Schilthuizen of the Naturalis Biodiversity Center and specializes in “taxon tourism” trips to Brunei, Italy, Montenegro, Panama and the Netherlands.

The title of the article

A new giant slug of the genus Limax from the Balkans, described by citizen scientists

Disclaimer: AAAS and EurekAlert! are not responsible for the accuracy of press releases posted on EurekAlert! by contributing institutions or for the use of any information through the EurekAlert system.

2022-06-20
Previous Post: These 6 European countries paid Russia $40 billion for fuel in the three months of the war, despite looming bans and sanctions on imports
Next Post: Insurance services infrastructure provider Instanda collects $45 million