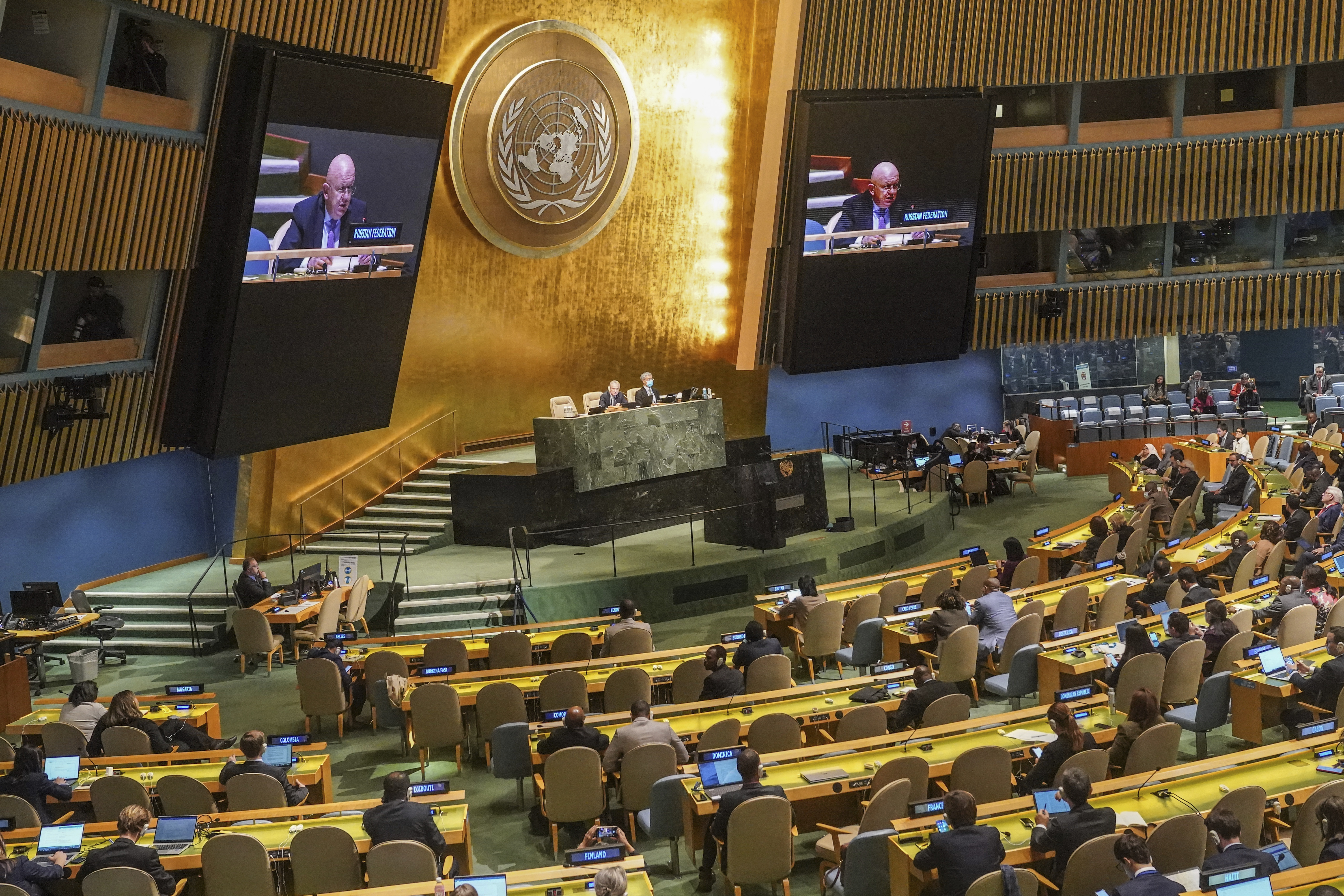 A strong majority of countries reprimand Russia at the UN

Among Wednesday’s notable affirmative votes were Bangladesh, Iraq and Morocco, which abstained or did not vote on an earlier UN resolution in March condemning Russia’s invasion of Ukraine.

A majority of countries from all regions – the Americas, Asia, Africa and Europe – voted to condemn Russia’s actions, but more than three dozen countries abstained or did not vote. .

The abstention bloc reflects the fact that many nations are, for political and historical reasons, unwilling to take sides in a conflict that has nonetheless strained their energy and food supplies.

Overall, the vote vindicated Western officials, who launched a broad lobbying effort in favor of the resolution claiming that Moscow is undermining the foundations of the UN by violating another country’s sovereignty.

“Today it is Russia invading Ukraine, but tomorrow it could be another nation whose territory is being violated,” Linda Thomas-Greenfield, US Ambassador to the United Nations, told reporters. other UN countries in remarks ahead of Wednesday’s vote. “It could be you. You could be next. What would you want from this room?

“Russia has failed on the battlefield and failed at the UN,” British Ambassador Barbara Woodward said in a statement.

“Russia will be held accountable. The EU will stand with Ukraine for as long as it takes,” EU Foreign Minister Josep Borrell said after the vote.

Russia recently vetoed a similar UN Security Council resolution, leading its opponents to take the issue to the expanded General Assembly, where the Kremlin has no veto power.

Vassily Nebenzia, Russia’s representative to the world body, castigated Western “hypocrisy” and defended Moscow’s annexation claims in his address to the General Assembly.

“By introducing this project, Western states are pursuing their own geopolitical goals and are once again trying to use General Assembly members as secondary actors,” Nebenzia said.

On Monday, the body rejected Moscow’s request for a secret ballot on the draft resolution. The vote was 107 to 13, with 39 abstentions. US officials and their allies took this as a good omen.

US officials and their allies have spent days using various means to speak to their counterparts in other countries, urging them to support the resolution.

“We have endeavored to call on countries on the merits of defending the Charter of the United Nations – no arm-twisting on our side,” a senior US diplomat said, calling it “good diplomacy to the United Nations.” ‘Ancient”. The official was granted anonymity to discuss sensitive behind-the-scenes activities.

Djibouti — which is houses a Chinese military base – was the only country to abandon its yes as early as March, choosing not to vote on Wednesday.

China, India and Pakistan all continued to abstain. South Africa and Ethiopia topped a list of 19 African abstentions.

American and European diplomats had waged an intense lobbying campaign against India and South Africa, but had failed to change their votes.

Russia’s traditional allies Kazakhstan, Kyrgyzstan, Tajikistan and Uzbekistan all abstained, while Turkmenistan did not vote.

Wednesday’s resolution focused on Russia’s claim that it has annexed four Ukrainian territories. The claim follows bogus referendums held by Russia in areas where people were allegedly forced to vote at gunpoint.