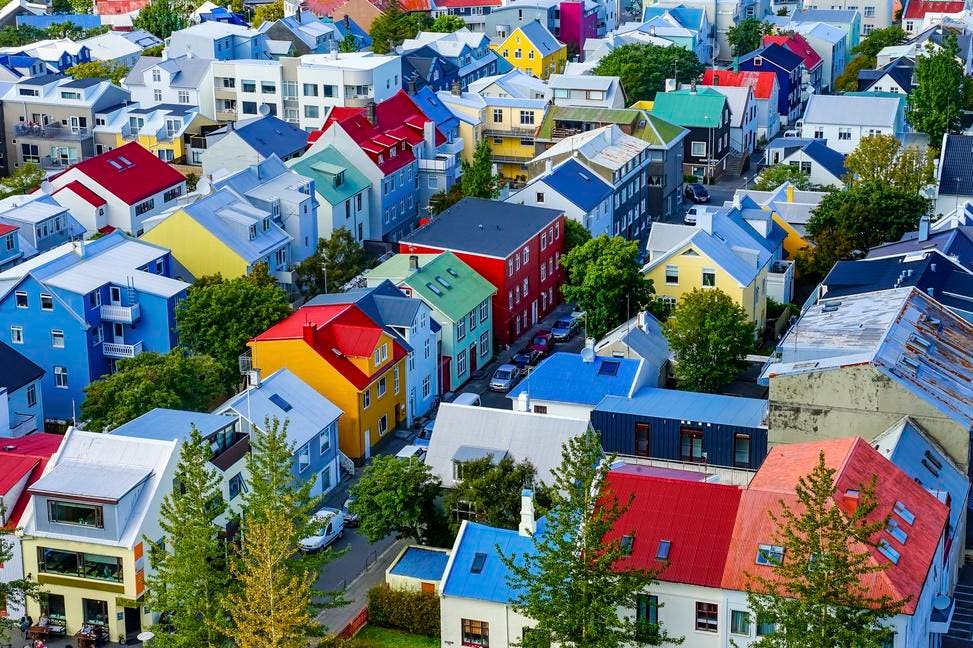 Traveling during the devastation of the pandemic has been complicated over the past two years and filled with paperwork, stress, anxiety and testing. But as countries reopen their borders, people are starting to plan trips abroad again.

Anyone looking for inspiration could do worse than visit the happiest countries in the world. It’s a win-win when some of them have lifted Covid-related travel restrictions, making travel easier than ever.

The United Nations Sustainable Development Solutions Network has been trying to pinpoint the most happiness geographically since it first published its annual World Happiness Report in 2012. The focus is on encouraging of global development, while providing a useful reference on what makes people happy and a society healthy.

The 2022 Happiness Report, the tenth, also examined how governments had supported their populations before, during and since the pandemic, and concluded that “the pandemic has brought not only pain and suffering, but also an increase in social support and kindness”. Its authors state that “As we struggle against the evils of disease and war, it is essential to remember the universal desire for happiness and the ability of individuals to rally together in times of great need” .

The results weren’t surprising in many ways, as every Nordic country appears at the top of the 2022 list, as it has since its inception – but this year Israel entered the top 10 for the first time and France in the top 20.

The top 20 list (ranked 20-11 respectively) ranked France at number 20, followed by Belgium, Czech Republic, UK, USA (in 16th place), Canada, Germany , Ireland, Australia and Austria. Incidentally, for anyone looking for a hassle-free holiday with less paperwork, Ireland and the UK are currently completely open to travelers with no Covid-19 related travel restrictions.

Here are the 10 happiest nations in the world with an overview of the current Covid-19 travel restrictions in place as of mid-April 2022.

New Zealand had one of the lowest death rates during Covid-19 and in 2019 Prime Minister Jacinda Ardern introduced a welfare budget, to spend money on mental health, poverty children and support for the Maori and Pasifika populations.

New Zealand reopens its borders in five phases and will be fully open by October 2022 for those with visitor visas. Just in time for summer in the southern hemisphere.

Israel has one of the lowest rates of diet-related deaths and during the pandemic was one of the first countries to vaccinate the majority of its population. Conde Nast reported on how Israel fully reopened to international travelers (after some false starts) on March 1, 2022, regardless of vaccination status, but testing is still in place.

From May 6, many airlines open or are restored, in particular from American cities, such as that of American Airlines from Dallas / Fort Worth without stopover in Ben Gurion. El Al is also reinstating its Boston-Ben Gurion nonstop route, which was removed from schedules in March 2020.

Norway has a strong welfare state with an abundance of natural resources to support a thriving self-sufficient economy. Its citizens also have great faith in their government and its institutions (often one of the key attributes to making a society happy).

Since February 12, 2022, travel restrictions have been completely lifted. As the visitnorway website states“you can travel to Norway without having to worry about anything but having a good time!”

Sweden has recorded the highest number of Covid-19 deaths of any Nordic country, as reported CNN Traveler, but the reason it consistently features in the top 10 happiest countries is because it has a high GDP per capita. The focus is on work-life balance, including that couples are allowed to share 16 months of paid parental leave after having children, with free childcare.

On April 1, 2022, the Swedish government has lifted the ban on entry to non-EU/EEA countries which also means that the rule requiring showing negative Covid-19 tests or vaccination certificates has been removed.

Luxembourg has a small population that benefits from a strong welfare system that emphasizes work-life balance and looks after its retirees well.

Luxemburg recently extended its existing travel restrictions until the end of June (except for Ukrainian nationals), which means visitors from outside the EU/Schengen area must show vaccination status and, in some cases, negative test results.

A study conducted by UNICEF revealed that Dutch children are among the happiest in the world and many eat breakfast with their parents every morning (which is considered an indicator of a happy society). The Dutch have apparently kept the same levels of happiness since 2005.

There are still an entry ban in the Netherlands from countries outside the EU/EEA/Schengen area, although there are some exceptions, for example if you are traveling from a country on the EU safe list.

Swiss applies a system of direct democracy where residents vote on everything several times a year in a referendum, including the number of vacation days required for immigration. This creates a happy and inclusive society. And then there is the chocolate.

Switzerland still has travel restrictions in place but is open to fully vaccinated travellers.

Iceland is famously breathtaking, with a small population and an abundance of natural resources to support the economy. The Happiness Index revealed that many locals felt like they had someone else to turn to in times of need, a situation that was particularly tested during the financial meltdown. of 2007.

Since Friday, February 25, The Icelandic borders have been completely opened to travelers without needing to show their vaccination status, test results or self-quarantine.

Copenhagen has its own Happiness Institute and has remained number two. He is big on renewable energy and all the measures that make a society happy like long life expectancy etc.

Since March 29, 2022, Denmark has lifted all travel restrictions. However, the obligation to show vaccination status may still be required when boarding an aircraft, according to government guidelines.

Finland has been number one for 5 years thanks in large part to its highly regarded education system. As noted CNN Travelera love of wild, cold swimming could also play a part.

There are currently no travel restrictions to Finland for anyone arriving from inside the EU/Schengen area or countries currently on the EU safe list for travel. Below current guidelines until May 8, 2022travelers from all other countries must be vaccinated or present an EU Covid digital certificate.

Incidentally, Afghanistan is ranked as the most unhappy country in the world, with Lebanon, Zimbabwe, Rwanda and Botswana in the bottom five. Ironically too, as mentioned by ForbesFinland, the happiest country, shares a border with Russia, which came in 80th place.