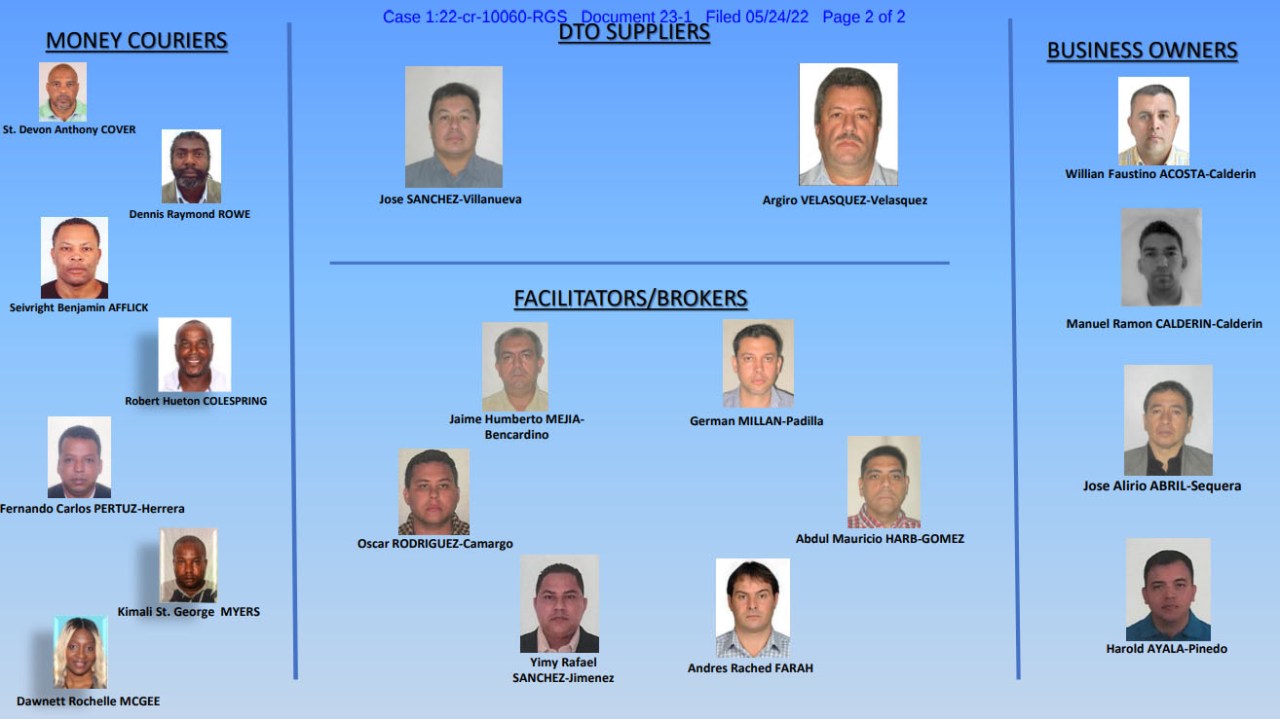 BOSTON (WWLP) – A total of 19 people from Colombia, Jamaica and Florida have been charged in Boston for their alleged involvement in a sophisticated international money laundering organization that was able to launder more than $6 million from Colombian cartels. through US banking systems.

US Attorney Rachel Rollins held a news conference on Tuesday to announce that $1 million had been seized from corporate bank accounts and other investigative activities. Nearly 3,000 kilograms of cocaine worth more than $90 million were allegedly attributed to the money laundering organization.

A total of 19 people were indicted:

According to the charging documents, law enforcement began their investigation in October 2016 into money laundering in Colombia. During the investigation, it was discovered that $6 million worth of drug proceeds had been laundered through banks in the United States, including Massachusetts, as well as banks in the Caribbean and Europe through the Colombian Black Market Peso Exchange (BMPE). The suspects were all believed to have held positions within the money laundering organization, such as drug suppliers, peso brokers, money couriers and business owners/dollar buyers.

2022-05-24
Previous Post: All European countries you can travel to without a vaccine or COVID test
Next Post: After COVID, Latin American leaders say their countries are open for business